You should learn Ottoman Turkish. However…

Learning Ottoman Turkish isn’t enough. Once you know the language, you have to forget everything you’ve learned about the Ottoman Empire, stand up for those rotting and looted archives you’ve never seen, dig into them, and rewrite Ottoman history

Imagine yourself, as a Turkish person, sitting down for a chat with someone from the UK. Somehow, you end up talking about fiction. Alright, you say to yourself, this is my chance to find out a bit about English literature. Because we’ve all heard about literary giants like Shakespeare or Jane Austen. Even if we haven’t actually read them, we’ve seen their work on TV or as a movie. So, you say, let me hear about this stuff from someone who’s read the originals. 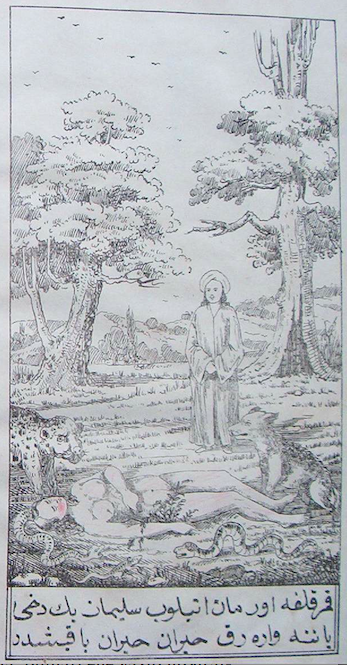 The Briton pulls a face. “They told us a bit about Chaucer and Shakespeare at school. We spent a lot of time memorizing their poetic meters. I hated every second of it. I suppose we must have read a few stanzas, but I don’t remember them. And even if I wanted to read those guys today, I wouldn’t be able to. Our alphabet changed, you know? We can’t read anything written before 1929.”

Fine, you say, forget Chaucer and Shakespeare. What about more recent authors? Like Jane Austen or Charles Dickens? “Yeah, we read a few of those in high school. In simplified English, of course, with the archaic bits taken out or changed. They seemed to be written for children. I couldn’t understand why they’d make grown-up people read such things. But at least it was an easy A. I’ve forgotten what those books were about. Anyway, let’s talk about something else. History and literature are boring.”

Although my mother is Turkish, I never attended a Turkish school. I went to a German primary school in Istanbul, a high school in Hamburg, and university in England. I first encountered Turkish literature thanks to the recently deceased —and sorely missed— Talât Halman. In a strange twist of fate, I’d applied to an MA program in Turkish literature that Talât Bey had recently founded. My knowledge of the subject was zero.

“How would you summarize Turkish literature to someone who doesn’t know anything about it?” Talât Bey asked.

“To be honest, I wouldn’t have much to say.”

“But just imagine you are the only two people left in the world. So either this person will learn from you, or not at all. What would you say then?”

“If learning from me and not at all are the only two options available, I think I’d pick the latter.” 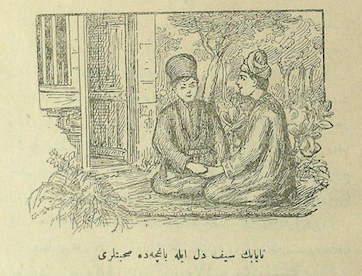 For some obscure reason, Talât Bey admitted me to the department anyway. That was almost thirteen years ago. Since then, I’ve given many talks on Turkish literature, published a few papers, written a book, and, as if all that wasn’t enough, gotten a PhD in Ottoman and Turkish studies. Now I teach Turkish literature, cinema, history, and politics at a US university. Looking back, maybe Talât Bey knew what he was doing after all.

What fascinated me most was Ottoman literature. Not the court poetry, though. The prose fiction. Stories that no one had taken seriously even when they were written, stories that were virtually unknown to modern scholarship. Crude, half-forgotten characters like the “Lady With the Dagger,” “Bloody Bektaş,” and “Tıflî Efendi” taught me about the Ottoman Empire, not as a place pinned down in history books, turned into legend, or serialized in soap operas, but as a place that lived, breathed, and got down and dirty in the back streets.

And down and dirty it got. Curious about drugs?

Or maybe historical pornography is more your thing? 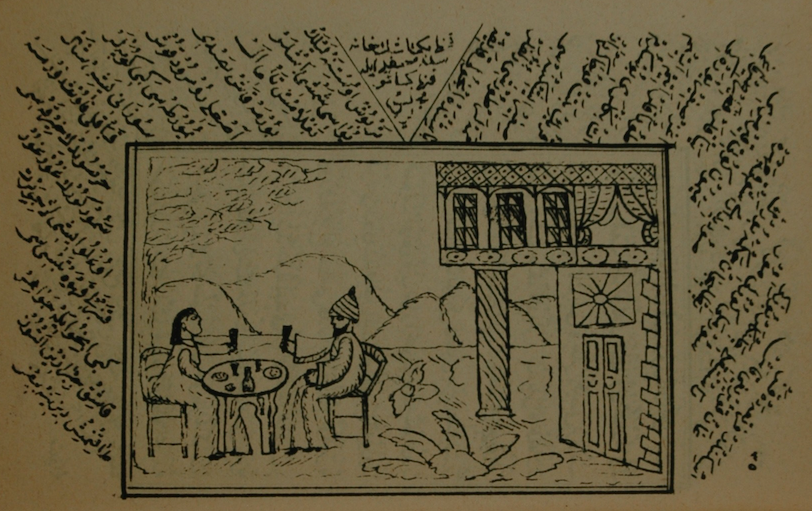 Or what about love between men?

How inappropriate. Those Ottomans truly were shameless.

Even if Turkish schools start teaching Ottoman Turkish at some point, they won’t let kids read these stories. After all, this isn’t the Ottoman Empire that the country’s leaders dream of. They don’t understand the Ottomans, not because they can’t, but because they don't want to. What they want is to make the Ottomans fit in with their current political agendas, and glorify or belittle them accordingly. Nobody served me these stories on a silver platter, either. First, I had to learn Ottoman Turkish. Then, I had to sift through the old libraries until I found them. Finally, I had to convert them into the modern Turkish script—without simplifying, of course—so others could read them as well.

Owning up to history means trying to understand people who lived in the past, warts and all. We cannot draw lessons from their lives if we ignore the unpleasant sides of history. And if we don’t try to draw those lessons, we betray both our legacy and ourselves. If Germany denied the Nazi Holocaust, it wouldn’t be the strong and self-confident country it is today. It’d be a country with a massive chip on its shoulder, a country that smelled conspiracies around every corner, a country that talked big but never delivered. Knowledge is power and there is no knowledge without self-criticism.

You should learn Ottoman Turkish. However, learning Ottoman Turkish takes more than just sprinkling some Arabic and Persian on top of Turkish. Many Christians in the Ottoman Empire also wrote in that language, but used other scripts. Some Armenians wrote Ottoman Turkish in the Armenian script. Similarly, many Greek Orthodox Christians spoke Turkish but used the Greek script when writing it. Their mix of language and script was called Karamanlidika.

If you reduced the Ottomans to Islam or Turkishness, they themselves would be the first to object. They rarely even used the word “Turk” without adding an insulting adjective like “idiotic,” “misshapen,” or “mad”. An Ottoman Empire consisting only of Turkishness would be just that: idiotic, misshapen, and mad.

You should learn Ottoman Turkish. However, that isn’t enough. Once you know the language, you have to forget everything you’ve learned about the Ottoman Empire, stand up for those rotting and looted archives you’ve never seen, dig into them, and rewrite Ottoman history. You have to read everything —from the poems Mehmed the Conqueror wrote for young boys to the correspondences of the Young Turks regarding the Armenians— and you have to share what you read with everyone. You cannot entrust this task to anyone else. Because entrusting history to others means allowing others to dictate your identity, attitudes, and life.