Social media accounts posting videos and images about food drive us further into consumption. Lists of restaurants, places to eat keep getting longer and longer. Will it ever stop?

It was Alexandre Dumas who famously defined three sorts of appetite: gluttony, gourmandism and epicurism. The gourmand loves food -he is not only fond of food but is after exquisite taste. Gluttony, Dumas says, is an augmentative of gourmandism; it defines those who suffer from bulimia, a perpetual and insatiable hunger. And the diminutive of gluttony, again according to Dumas, is epicurism. The epicure is after exquisite taste and demands quality.

Which of these three are you?

Although better known for his novels The Three Musketeers, The Count of Monte Cristo, or The Man in the Iron Mask, the 19th-century author Alexandre Dumas was also a gourmet who wrote a 1,150-page culinary history and recipe book titled Le Grand Dictionnaire de Cuisine.

A significant figure in the history of epicurism, is yet another Frenchman, Brillat-Savarin, who famously uttered, “Tell me what you eat, and I will tell you what you are.” Brillat-Savarin made quite an impact on gastronomy with his 1825 book Physiologie du goût (The Physiology of Taste), and helped spread the concept of “gourmandism.”

La Reynière, who put together L'almanach des gourmands (Gourmand’s Almanac) between the years 1803 and 1812, is billed as one of the world’s first food critics.

All three Frenchmen were 19th-century gourmets who kick-started a new trend in gastronomy.

When did we all become gourmets?

The number of food critics increased during the 19th century, when the term “gourmet” was introduced for the first time. But people who wrote about gastronomy and food at the time were mostly people from the top segments of society, such as lawyers or council members, or aristocrats. Those people used to often also host dinners and other social gatherings themselves, so they had to invest in fine cooks and stewards to entertain their guests.

Those who engage in social media nowadays might think that they are surrounded by gourmets. Each one of us has at least once posted on our social media accounts a photo of a “rakı” table on a Friday night, a family breakfast on a Sunday, or coffee cups on our office desks on a Monday morning. Whenever we sit at an exquisitely prepared table, we feel compelled to post its photos online to “share” it with people who are part of our online lives, some of whom we have never met. 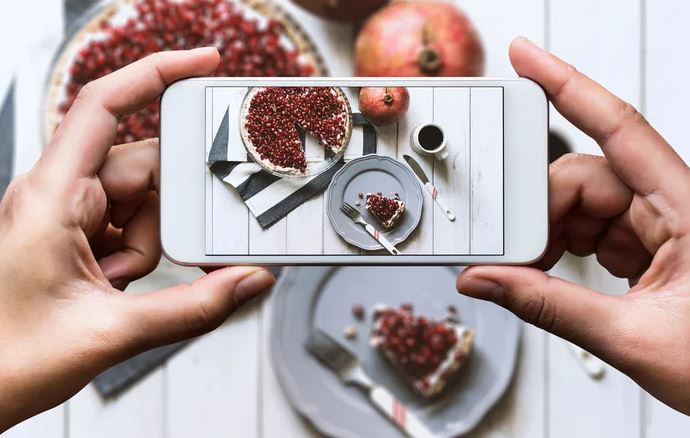 Social media gourmandism has created some good things, like a seemingly endless library of food images. These images have made us familiar with the special delicacies of a small town we may never visit; one can now easily find the answer to what local foods to find where.

On the other hand, this trend has grown uncontrollably. Worse, it is not subject to any kind of filtering mechanism. The principle is that by posting food photos on social media means you can constantly increase the number of followers regardless of the quality of the food in those pictures. There is currently no mechanism that serves to distinguish one post from the other aside from the tags their posters use and their reputation in “the sector.” I am not talking here about websites or apps that feature star ratings of course -those ratings are only applicable for restaurants, diners, bistros, cafes, etc.- but currently there is no app through which others could taste and rate foods prepared by food bloggers, food stylists and the like.

Two highly popular Instagram accounts that go by the names Tasty and Tastemade (with 16 million and 5.7 million Instagram followers respectively) post videos and other sorts of content about food and cooking. Their posts, usually featuring a pair of hands preparing food, or sometimes just the food that is being prepared, are watched and shared by millions of people every day. Is it for aesthetic reasons that the “processor” -the person who cooks the food in the video- is never shown? Viewers are perhaps not even aware of this, for these accounts are not aimed at any kind of purposeful “production,” but solely at offering visual satisfaction. So, perhaps, to watch or share those videos makes us feel as though we had ourselves prepared or eaten the food.

Another phenomenon we were introduced through social media is mukbang. This is a trend which began in South Korea as a form of live entertainment, in which a host eats usually very large quantities of food on an online broadcast while also interacting with his or her audience. Hosts even make money out of the funds donated by their viewers. These broadcasts are believed to satiate the viewers, or even affect their hormone levels just by watching another person eat.

One could speculate that these are ways to break away from one’s solitude --through “sharing” one’s food with others on social media at a “virtual dinner table.” But while this virtual dinner table could help you access things that are not within reach, it could also detract from things that should be within reach: Instead of placing a few more plates on our tables and truly socializing, we find ourselves part of an interaction where only eyes and ears participate.

What’s behind that plate?

Social media accounts posting videos and images about food drive us further into consumption. Lists of restaurants, places to eat keep getting longer and longer. Will it ever stop?

For this trend to stop at some point, or at least, for it to stop affecting us, first we need to ask ourselves several questions, beginning with our own eating habits.

Let’s say you had a portion of meatballs today. The meatballs were made of veal and the portion weighed about 250 grams. What resources were used to prepare a 250-gram portion of meatballs? First, somewhere between 1,250 and 5,000 liters of water. Since we cannot just get 250 grams of veal from one calf, this means that turning one calf into food requires somewhere between 1 million and 4 million liters of water. Ninety-eight percent of that water is used in growing the crops to feed the livestock while only 1.1 percent is used as drinking water for livestock. 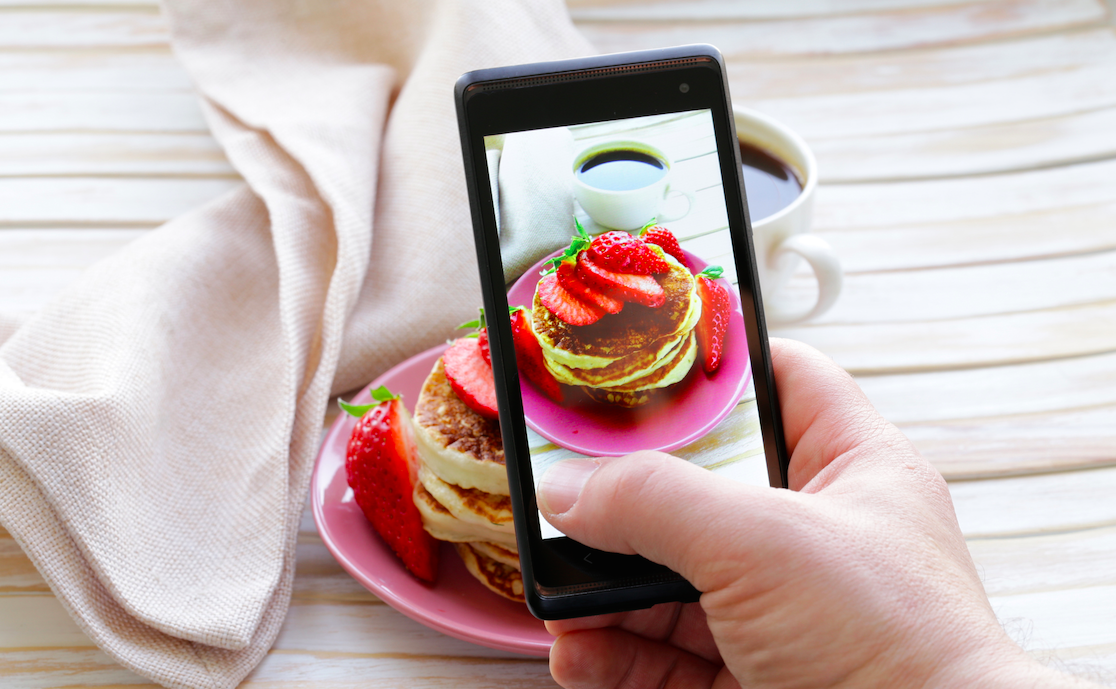 Furthermore, the above example focused on just one plate of meatballs. If we were to delve into such detail about everything we eat throughout the duration of one month, we would have to conduct a very thorough and lengthy research process to come up with answers.

Those foods prepared for us to just view are the products of lengthy, arduous processes. The process of food production has many more stages before it reaches the kitchen, beginning with the farmer opting for a crop to grow and sowing its seeds. But the human being, the only species in the world that can cultivate the soil and grow its own food, is also the only species that creates all kinds of waste the nature cannot recycle.

The economic system in which more production means more wealth generation has inevitably brought on with it more consumption and more waste. During the past 30 years alone, humankind has consumed one third of the earth’s natural resources. If we continue with the same pace, by 2050, we will end up with more plastic waste in the oceans than fish.

Here’s how Annie Leonard, the founder of the movement Story of Stuff, defines the current situation: “We have become a nation of consumers. Our primary identity has become that of consumer, not mothers, teachers, farmers, but consumers.”

Is there a way to break free?

We must take responsibility, and take action, if we want to stop being part of the circle of consumption and return to normal ways. But what could one do to dramatically reduce the waste one creates in his or her kitchen, or at least cause less harm to earth?

Here are a few easy tips:

Another major problem is the issue of waste food. Most of the food prepared for videos or photographs to be posted online end up in the garbage bin. A friend of mine who is a food stylist had told me once that they used mashed potato for ice-cream photographs.

Almost all food visuals used in TV commercials are images of either raw, or artificially colored products or some other material made to look like some specific food. And since they have either been turned into inedible or unprocessable things, or just because there is too much of it, they almost always end up in the waste bin.

Mehmet Ali Kılıçbay wrote in one of his articles in the Gastro Metro magazine: “Culture and civilization were born when [humans] lost control during the transition from depending on nature for subsistence to producing their own subsistence.”

The current relationship social media has with food posts dates the historical moment when humans lost that control, and is a part of humankind’s culture and civilization, however, humankind must also be aware of the responsibility brought on by this relationship.

Sometimes we lose ourselves in the face of that virtual smorgasbord and descent into gluttony, both mentally and physically. We fail to peer at the reverse side of the picture, or perhaps we refuse to see it.

Perhaps, one should go to the kitchen and start cooking and not from the point of view of whether the end results are suitable for sharing on social media, but by taking into consideration the food chain.

We could even adapt to good advantage Brillat-Savarin’s famous adage for our times: “Tell me what you are capable of cooking, and I will tell you what you can be.”