In an exclusive interview for K24, Ben Lerner answered questions by Donat Bayer, the Turkish translator of Lerner's book of collected poems, "No Art"

Ben Lerner, who began his literary career by writing poems, is now also critically and publicly acclaimed for his essays and novels not only in his native U.S. but around the world.

In 2017, Ben Lerner published No Art, a collection of his adventures in poetry to date that brought together his first three books and unpublished poems. Along with Ömer Şişman, we worked toward publishing a selection from that book in Turkish and, after nearly two years, Sanat Yok is now out from 160. Kilometre, an independent Turkish press that dedicates itself to publishing only poetry.

During this journey I took into the world of a brilliant poet, Ben Lerner always answered  my questions about his poems with candor. This time we talked specifically about the book.

You write poems, novels, stories and essays. Can one look at your work as a whole? If yes, how do these different forms inform each other?

I began writing fiction as a way of establishing frames around poems. Novels are very curatorial in that sense – you can dramatize encounters with poems, produce thick descriptions of scenes of reading or writing, or scenes of misreading. Each of my novels tests some idea about poetry and also involves the recontextexualization of certain poems. So I think poetry remains the center for me even when I’m writing prose. Certainly all the things I’ve written are related — lines from one genre appear in another. So the kind of recontextualization that can happen across genres is an abiding interest. All of the books, I’d like to think, are in conversation. At the end of my new novel, for instance — maybe my last novel? — a Lichtenberg Figure appears, I mean the electrical pattern. And in my first novel one of the poems from my book “The Lichtenberg Figures” appears. So the first book of poems is in the first and last of the novels — this most recent novel being both the final term in a trilogy and the prequel to the two other books.

Certainly poetry can do this, does do this. (“Poetry” is a very elastic term). I’d even say that most poetry these days is more heteroglot than fiction — even though Bakhtin praised the novel over the lyric poem precisely because he thought it could capture a plurality of languages. But the poems of, say, Rosmarie Waldrop or John Ashbery or Fred Moten are much more polyvocal than most fiction. But I do think prose narrative can absorb and constellate poetry precisely because it can provide a frame — can provide a border, however unstable, between prose and poetry, establish a kind of productive distance. Really I have no general position about what poetry and prose can and cannot do — let alone should or should not — but for me the novel can be like a museum for the dramatization of encounters with other genres. That’s one thing it can be, anyway.

The critical voice heard in your poems is an integral part of your work. We can say the same thing for the use of scientific terms and art references. What is the impact of these elements on your poetry?

Well I do think the poems are echo chambers for the collision of many different discourses, of all the voices that make up a voice. And I’m also interested — as so many poets have long been interested — in the poem as an instrument of criticism and also as a kind of travestying of criticism. I mean that the poem can comment on its own procedures, can absorb its own critical supplement, and also unmask some of the absurdities about certain critical postures or tonalities. I also find certain lines of criticism very beautiful — I admire them aesthetically.

Your first book, The Lichtenberg Figures, consisted of poems written in sonnet form and each poem in your last poetry collection, Mean Free Path, was composed within a new form created by you.  Also, the structures of your second book Angle of Yaw and Mean Free Path are similar. To what extent working within a predetermined form and structure affects your creative process?

It depends on the book but I usually do need some sort of generative restraint, some kind of imposed form, so I have something to struggle against. This let’s me thematize the violence in “The Lichtenberg Figures” or the difficulty of writing a love poem in “Mean Free Path.” It’s the struggle with an imposed restraint that is expressive — not some kind of feeling that exists prior to the poem that you simply put into words. 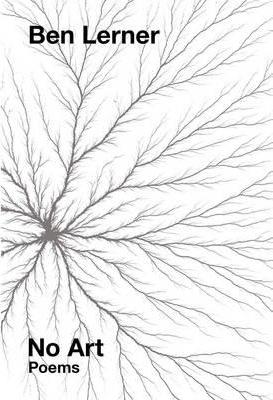 The title of your collected poems is No Art. I hope it wouldn’t be excessive to suggest that as a title it has a provocative quality?

I suppose it is kind of provocative but the title poem is a negation of negation — it’s a poem about insisting on the possibilities of love over and against vanguard pieties. That said I have always been interested in “no,” that beautiful word — so it’s not just that there is an absence of art it’s that there is an art of the no, of refusal, an insistence on alterity or possibilities of thought and feeling beyond what passes for the real.

‘No Art’ is also the title of the last poem in the book. In that poem you wrote ‘I think of myself as having/people, a small people/in a failed state’.  Is it possible to read these lines as having multiple voices within oneself?

Yes but also just that while one might despair or be suspicious of something like “the nation” — of the U.S. or Turkey or whatever — there are other little ensembles and collectivities that are possible even within those violent failures.

The Snows of Venice, a joint book project that you published with Alexander Kluge came out in 2018. The book reads as a literary dialogue consisting of poems, stories, conversations and photographs. How was the idea of such a dialogue born?

It was like something out of a dream. I wrote my first book of poems reading Kluge in English and wanted to send him the book but didn’t know how to reach him. A decade later somebody gave him a copy of The Lichtenberg Figures — because Kluge loves Lichtenberg, the aphorist. He liked the poems and wrote stories in response to them and then we started writing back and forth. My book found him like message in a bottle. I’m very honored by the association.

You write on new poetry books, poets and poetry in general. What is your view on the relevance of poetry in today’s America.

“Relevance” is a tough word. Poetry must necessarily be irrelevant or marginal relative to big multinational corporations and their murderousness. But that’s what makes it important — that it holds out an alternative measure of value. So there is a way in which art’s relevance is its irrelevance. But I also don’t pretend to know what the word “poetry” denotes — it’s such a broad and shifting set of practices. Which is good news. Certainly I think there are many amazing poets writing today in a variety of modes. I don’t have a clear sense of how poetry or any art can intervene in the disaster of history but I know I wouldn’t want to live in a world without artworks, without poems. I will note that one of the ironies of my lifetime is the total recuperation of vanguard techniques like disjunction by the fascists currently in power. Many of my teachers argued disjunctive poetry was a response to the smooth rhetoric of capitalism. Who would ever describe Trump-speak as smooth?

Lastly, how did you find the Turkish edition of your selected poems?

I find it beautiful — more beautiful because I cannot read a word of it.