The past, present and future of the women’s, gender and sexuality studies in Turkey

K24 dossier: a platform to discuss the developments in and challenges to the institutional structures that facilitate the study of women's, gender and sexuality studies in Turkey.

Together with the Orient-Institut Istanbul (OII) and Sabancı University Gender and Women’s Studies Center for Excellence (SU Gender), the two main organizers of this event, Koç University Research Center for Anatolian Civilizations (ANAMED), and the Swedish Research Institute in Istanbul (SRII), the two main institutional collaborators, we convened a workshop in December 2020 to discuss Ottoman and Turkish women’s, gender, and sexuality studies across disciplines. The event is supported by the Istanbul Policy Center, Sabancı University Stiftung Mercator Initiative (IPC Mercator).

Bringing together an interdisciplinary group of scholars in the humanities and social sciences, this workshop was designed to establish, consolidate and sustain a network of academics who share an interest in women’s and gender studies with regard to the Ottoman world and modern Turkey. Leading scholars across several major fields – including history, literature, and interdisciplinary studies – examined recent theoretical discourses and challenges in the area of women’s and gender studies and contributed to steering the field in innovative directions.

This workshop was designed to address two problems in women’s and gender studies: the lack of transnational and comparative scholarship, as well as the dearth of interdisciplinary collaboration. It responds to the fact that the scholarly literatures in women’s and gender studies in the Ottoman-Turkish milieu and in the Arab and Balkan world have been, on the whole, kept tightly segregated from each other. Consequently, the four panels of the workshop were centered around key approaches that would benefit from being in dialogue. By doing so, the panels allowed leading scholars in the field to appraise the current state of research across national boundaries and academic disciplines and to bring forth new conversations and inter-regional dialogue about improving our approaches in the future development of the field.

The presentations addressed key aspects such as: (I) the development of scholarship in women’s and gender studies over the past decade, and the future directions the field might take, (II) the comparative state of the field of women’s and gender studies in Turkey and its neighboring countries, (III) the evolving position of women and gender in the contemporary societies of the region, and (IV) the policy changes, both past and present, that have shaped the status quo of women and gender. These presentations will be published in English, Turkish and German as part of Pera-Blätter, a series of occasional papers of the Orient-Institut Istanbul. 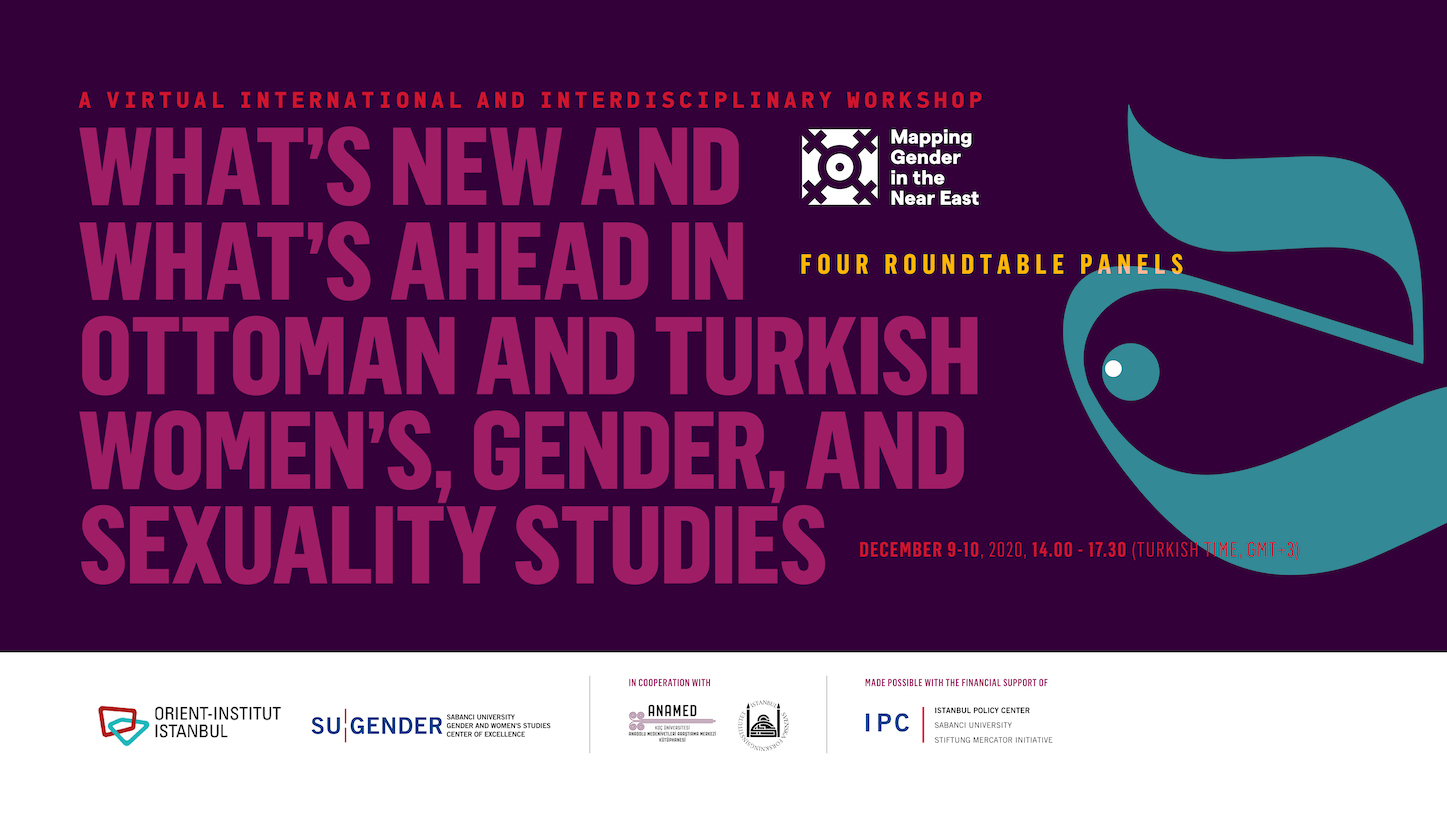 In order to document and discuss where the field of women’s, gender, and sexuality studies is going in Turkey at an institutional level, and to reach a wider audience of scholars and students, I sent interview requests to the directors of centers for women’s and gender studies across Turkey. This dossier includes ten interviews, each two hours long, with prominent scholars of the field. Together we discussed the problems with the lack of institutionalization of women’s, gender, and sexuality studies in Turkey; the development of their respective centers; the bureaucratic and financial challenges they have faced, especially during the last twenty years; how they balance research and teaching with public outreach and activism; their collaborations amongst themselves, between the centers and women’s non-governmental organizations, and between universities and the Women’s Library and Information Center; the politicization of women’s, gender, and sexuality studies; the influence of the political climate in the transformation of the field in Turkey; and how to best use existing resources –such as through collaboration among research centers, activist organizations, and other institutions– more effectively to facilitate future growth and cooperation among those engaged in women’s, gender, and sexuality studies across disciplinary lines. 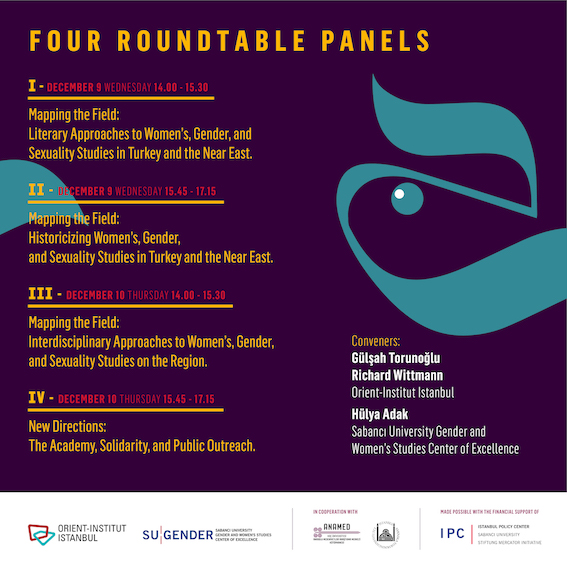 Thus, while the “Mapping Gender Workshop” was designed to look at the progress, gaps, and obstacles in scholarship in women’s, gender, and sexuality studies in the Near East, the K24 dossier represents a platform to discuss the developments in and challenges to the institutional structures that facilitate that scholarship. Together, these two projects will hopefully give us an opportunity to think collectively about how we can further our institutional and intellectual goals to advance the study of women and gender in Turkey.

The ten interviews conducted were with the following scholars, listed here in order of appearance in this volume:

Prof. Dr. Yıldız Ecevit
An Emeritus Professor from the Middle East Technical University and the Founder of the Organization for the Gender and Women’s Studies in Turkey in 2019.

Aslı Davaz
One of the founding members of the Women’s Library and Information Center.

Prof. Dr. Sevgi Uçan Çubukçu
The former director of the İstanbul University Center for Women’s Studies and the project coordinator of “Women’s and Gender Studies at Universities in Turkey: Institutionalization and Transformation” at the Bremen University.

Assoc. Prof. Dr. Gökhan Savaş
Associate Professor in the Department of Sociology at the Social Sciences University of Ankara (ASBÜ), the Director of Center for Survey Research at ASBÜ. Former member of the Commission for Women’s Studies in Academy at the Council of Higher Education.

Professor in the Department of Political Science and Public Relations at TED University. The director of TED University Center for Women’s and Gender Studies.

Prof. Dr. Aksu Bora
Publisher, writer, translator and an Emeritus Professor from the Hacettepe University and founder of the journal Amargi.